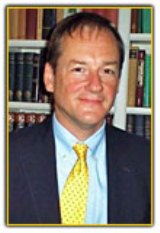 Ruane Center for the Humanities LL31

J.T. Scanlan has written on various aspects of the eighteenth century, including many essays on Samuel Johnson. Recent work on Johnson and law has appeared in Samuel Johnson After 300 Years and Samuel Johnson in Context, both published by Cambridge University Press, and in Impassioned Jurisprudence, published by Bucknell University Press. He’s currently writing a book on legal issues, A Spirit of Contradiction: Law and Literature in Eighteenth-Century London. In a more popular vein, he’s making final changes to a comic-grim memoir about grad school at the University of Michigan and Yale, Terminal Degree: My Quest for a Ph.D.