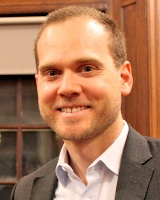 Ruane Center for the Humanities LL21

Eric Bennett grew up in the Midwest, attended Deep Springs College and Harvard College, and received an MFA in fiction from the University of Iowa and a Ph.D. in English from Harvard University.

Bennett, E. Cultural Institutions and Cultural Power. Carleton University, Ottawa, Canada - "Lecture: Writing From the Bottom Up: American Fiction and Political Fatalism in the Age of the MFA" October, 2015

Bennett, E. Beyond the Victorian/Modernist Divide. ERIAC/University of Rouen, Rouen, France - "Paper: What Maisie (and the Other Children) Knew" March, 2014

Bennett, E. Association for Core Texts and Courses. , Ottawa, Canada - "Paper: Attack from the Inside" April, 2013