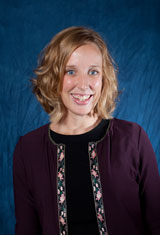 Ruane Center for the Humanities LL34

Boeninger, S. (2013) "The most important thing that can happen to a man": Fatherhood as a Challenge to Symbolism in "A Little Cloud". Joyce Studies Annual.114-128.

Boeninger, S. (2013) "Beautiful Upstagings": Nature and Memory in After Every War and Outside History. Contemporary Women's Writing.